Located within driving distance of Nelson, Kahurangi National Park is an easy drive in your rental car. The park covers more than 4,520 square kilometres, and is seen as the boundary between the Tasman and West Coast regions of the country. The Department of Conservation is responsible for administering the park, and popular visitor activities include tramping, caving and rafting. This is just a small preview of what is available at Kahurangi National Park, but more information about the area is found below:

The Landforms Of Kahurangi National Park

Anyone who visits Kahurangi National Park will be stunned by the scenery, and it is so visually stunning that locations in the park were used to film some parts of the motion picture, ‘The Lord of the Rings.’ There are a number of landforms in Kahurangi National Park that attracts cavers, fossil hunters and both professional and amateur geologists from across the world.

The landforms found throughout the park include arches, shafts, fluted rock, sinkholes and streams, which tend to appear and disappear based on the landscape. Fossil hunters also flock to this park, and the oldest fossil in New Zealand, dated at approximately 540-million-year-old, was found here. There are also two mountains in the park, Mount Arthur and Mount Owen, which are known as ‘marble mountains.’ Here, there are extensive cave systems which are made of marble.

Walking And Hiking In The Kahurangi National Park

Because of the reputation of the landforms of Kahurangi National Park, walking and hiking are extremely popular. Here are just a few of the many tracks in the park:

One of the most well-known tracks at Kahurangi National Park is the Heaphy Track. More than 4,000 walkers take this track each year. This track is one of the nine ‘Great Walks’ of New Zealand, and it covers more than 78 km of land including high country, coastline, river valleys and even a subtropical rainforest.

This track is also historically relevant, as it was a popular route used by the Maori for hundreds of years when collecting resources. You can choose to walk along small areas of the Heaphy Track, or you can take the entire track in one go, which takes 4-6 days for most people. 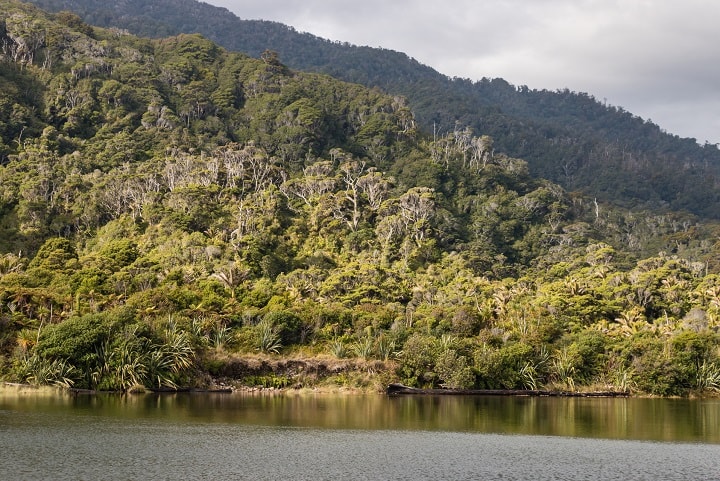 One part of the Heaphy Track is known as the Karamea Walks. This is a 1-2-day walk that covers areas of the Oparara Basin and Wangapeka Track. Along the way, you will find natural limestone arches and native forest. There are also tracks that lead to an extremely large rimu tree and to caves along Fenian Creek.

There are also some short walks through the Lower Wankgapeka Valley, many leaving from Courthouse Flat. These walks will allow you to walk past bubbling streams and explore old gold mining areas. If you want to take a longer trip, consider climbing Mount Patriarch or Mount Owen.

If you want to explore a glacial landscape, the Cobb Valley is the best option. There are both short and long walks in the area, and on them, you will come across natural herbfields and glacial lake. You also may wish to take the track that leads to the charming Asbestos Cottage.

The Flora And Fauna Of Kahurangi National Park

Those who appreciate nature also love the Kahurangi National Park, and there are many native plants and animals that call the park home. There are 18 known species of native birds in the park including tui, bellbrids and South Island robins. There are also several native species of land snails, including carnivorous giant snails that feed during the night.

If you want to see a rare insect, go caving and keep an eye out for the Kahurangi cave spider. These are one of the rarest spiders in the world, and they have a leg span of about 12 centimetres.

Speaking of rarities, there are a number of threatened and endangered species in the park, too. These include one of the largest birds in the country, the great spotted kiwi, and the rock wren.

If you enjoy seeing native plants, you will find an expansive beech forest in the east, and in the western part of the park, there is a native forest filled with shrubs, ferns and vines. Along the coast, you will find a multitude of nikau palms, and in the higher elevations, you will find 80 percent of the native alpine species of New Zealand. 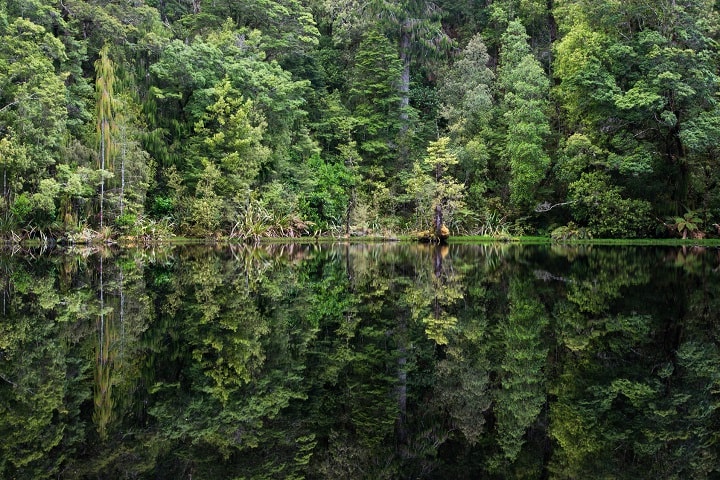 Accommodation At The Park

There are a number of hiker’s huts in the park, and a number of campsites for those who wish to bring their own supplies. There are also budget accommodations available in some of the local towns including Takaka, Murchison, Motueka, and Karamea.

As you can see, visiting the Kahurangi National Park is something that you must do when visiting the South Island. The main towns that serve as an entrance to the park, such as Motueka, are only about 45 to 90-minute drive from Nelson in a rental car, so this is an easily accessible trek to take on holiday.

Need transportation to make the most of the area? View our full range of affordable Nelson rental cars and explore the best of Nelson at your own pace.

Back to Nelson Photograph Gallery

Explore Nelson at your leisure in an affordable rental car from NZ Rent A Car.