The History Of Auckland

As the largest city in New Zealand, it stands to reason that the history of Auckland will be a deep, diverse, and engrossing topic. On this page you can find out more about how New Zealand’s only Super City developed. 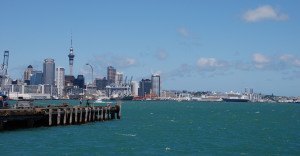 Auckland’s unique landscape was formed over many thousands of years as a result of high levels of volcanic activity in the region. The legacy of this geological creation is the littering of volcanic cones around Auckland.

The earliest settlers in the region were Maori, who are believed to have settled the region in the 14th Century AD. Maori remained the sole inhabitants until the 19th Century, when the arrival of British settlers transpired to change the course of Auckland’s history forever.

When visiting Auckland, one thing you will notice is the multicultural nature of the city. Compared to the rest of New Zealand, Auckland has always had a reputation for being more diverse in nature. Migration to New Zealand from the Pacific Islands in the 20th Century has resulted in Auckland becoming the most populous Polynesian city in the world. More recently, Auckland has seen a massive growth in immigration from Asia and India, leading to a steeply climbing population and large demographic changes.

Some of Auckland’s most famous landmarks, including the Harbour Bridge and Sky Tower, were constructed over the course of the 20th Century. The opening of the Harbour Bridge opened up Auckland to the North Shore, which resulted in more people living north of the harbour and commuting in to work.

One of the most interesting historical facts about Auckland is that it has not always been one city (known colloquially in NZ as the “Super City”). Until 2010 Auckland had actually been comprised of several separate cities that operated under one larger authority; this included large areas such as North Shore City and Manukau City.