The Otago Peninsula is located on the eastern side of New Zealand’s South Island, just a short rental car trip away from Dunedin. The peninsula has a 20km long harbour and features an abundance of marine wildlife including the royal albatross, the yellow-eyed penguin, little blue penguins, seals, sea lions, sea elephants and Stewart Island shags.

Animals You May Encounter On The Otago Peninsula

One of the rarest penguins in the world is the yellow-eyed penguin, which is also known by its Maori name, hoiho. Upon seeing this penguin for the first time, it is obvious as to why it gets its name; there is a yellow band around its head and they all have a yellow iris.

The adults are grey in colour with white bellies. These penguins eat small and medium fish and often dive down to the floor of the sea to gather prey. They live, on average, for about 8 years, though there have been several instances where these birds have lived to an age of over 25 years.

They grow to about 65 cm and weigh between 5 and 6 kg. These penguins are unique, as they do not breed and raise chicks in large groups; instead, they have private nesting areas where two eggs are laid and cared for.

The New Zealand sea lion is only found here, and it is one of the rarest sea lion species on earth. There are more than 150 sea lions that live here, and there are about four new pups born each year, which is helping the population grow.

This sea lion has short whiskers and a blunt nose, and males and females are easy to distinguish from each other. The males are dark, ranging in colour from brown to black, and they have manes that flow to the shoulders. They can weigh from 250 – 400kg. The females, on the other hand, are lighter in colour, a creamy grey, and they weigh from 100 -160 kg on average.

The northern royal albatross is a very large bird native to New Zealand. They are graceful in the air, but awkward on land due to their size. They are the longest-lived birds on the planet, and they regularly hit an age of 40 and over.

The royal albatross diet consists of fish and other sea creatures, but they mostly eat squid. Most of the life of an albatross is spent at sea, and they only come to land for breeding and to raise their chicks. 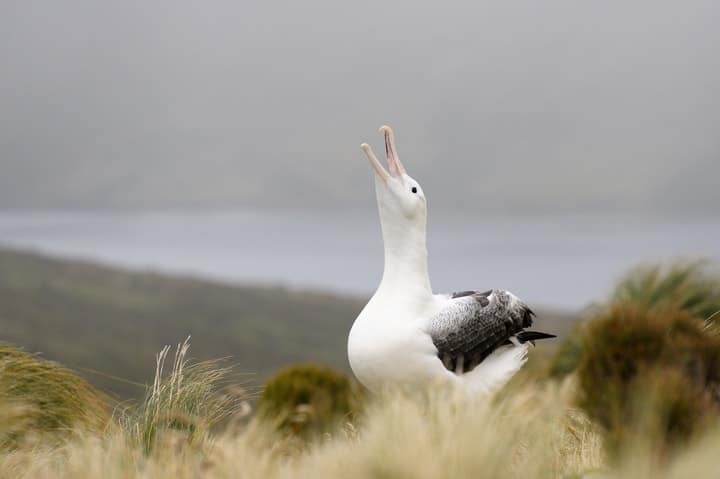 They will look for food up to 25 km off the coast, and can swim as quickly as 6 kph. These penguins only come to shore when it’s dark, and they live in burrows, holes or under buildings. During the day, you may be able to see them from the shoreline or a boat, but since they are only active at night on land, to see them, you must go to an observation spot. They are also quite noisy, so it is usually easy to find. 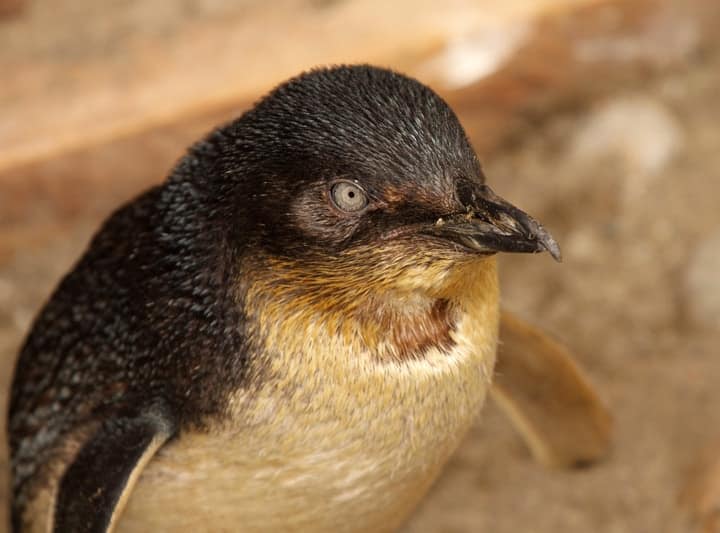 The New Zealand fur seal is also found on the Otago Peninsula, and can be distinguished from the sea lions by their smaller size and pointy nose. These seals have long whiskers and have two furry layers; one that is dark and one that is light in colour. The males are double in size when compared to the females.

These animals mainly eat squid and small fish, but they also will dine on barracuda, conger eels and jack mackerel. These seals are also known to dive longer and deeper than other fur seals, and some have been known to dive almost 240 m and stay down for more than 10 minutes. 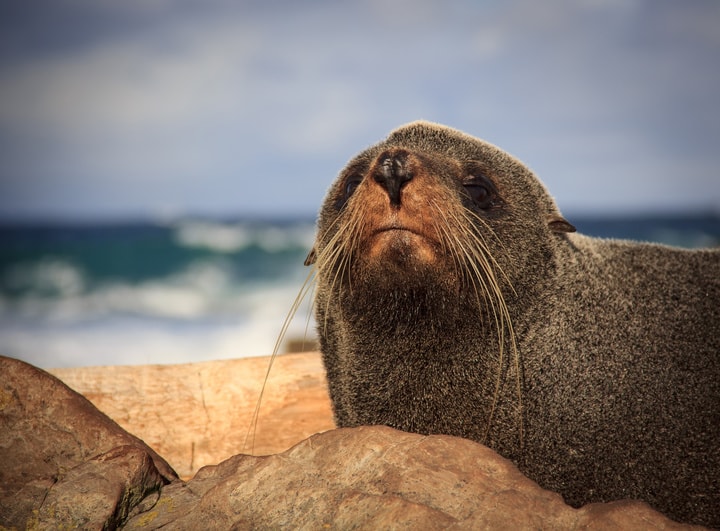 Though there are plenty of other tourist attractions on the Otago Peninsula, if you come to this area, you will certainly want to spend some time observing and interacting with the wildlife. There are a number of tours available on the peninsula that will get you up close and personal with the wildlife, and general viewing is available in many areas.

To follow is an overview of some of the local wildlife tours to take in when driving your hire car to the peninsula from Dunedin:

There are tours available at the centre which will offer you the best viewing of the birds as they come to shore and care for their young. Since these birds spend most of their lives out on the water, this is truly a once in a lifetime experience.

The only place in the world to see the yellow-eyed penguin in a natural habitat is on the eastern and southern coasts of the South Island, and Penguin Place, at the Yellow-Eyed Penguin Conservation Reserve, has set up a unique viewing experience for visitors.

There are tunnels, tracks and hides set up here that not only allows visitors to see the penguins up close and personal, but allows people to be hidden from view.

For adventurers and nature lovers, Nature Guides Otago offers eco-tours on the Otago Peninsula that give you an exclusive experience with the wildlife of the area. This is a full day tour and begins with a scenic drive along the tidal inlets where bird watching is the highlight.

You will take a walk through the bush or visit private property where you have the opportunity to plant a native tree. Lunch is served before going to see the albatross colony, and then you will have a chance to spend time with the rare yellow-eyed penguin before completing the tour.

Natures Wonders Naturally hosts 8-wheel drive Argos which allow you to see wildlife such as the yellow-eyed penguin and New Zealand fur seals. You will also have the opportunity to observe the spotted shag, a medium-sized marine bird, and when in season, you can see the little blue penguins of the Otago Peninsula caring for their young.

In addition to this, riding in the Argos is simply a fun and unique way to see local wildlife and landscapes.

Monarch Wildlife Cruises offers wildlife cruises for those who want to see the local fauna from the sea instead of from land. Whilst on the cruise, you will get a full guided tour with commentary from an expert on the history, geology and of course wildlife of the Otago Peninsula.

Some of the animals that you will see include the albatross, New Zealand fur seals, New Zealand sea lions, petrels, penguins, dolphins and more.

Elm Wildlife Tours offers small guided group viewing tours of local penguins, albatross, sea lions, seals and more. There are both afternoon and evening tours available, and you will have access to private conservation areas where you can get close-up viewing of many of these animals in their natural habitat.

You will also learn about conservation efforts in the area, and what is being done to protect these animals.

The Blue Penguins Pukekura tour is a one of a kind opportunity for people to see the famed little blue penguin. These penguins spend their days at sea in groups, which are called ‘rafts,’ and coming ashore at dusk to roost and care for their young. Because of this behaviour, their nesting grounds are restricted by law during this time.

However, exclusive access is available when booking a private tour, such as this one. You will learn all about these penguins and observe them in their natural habitat.

Respecting The Wildlife On The Otago Peninsula

The Otago Peninsula is the wildlife capital of New Zealand, and this is a safe place for flora and fauna to settle. When visiting this location, it is imperative that you respect the wildlife and their home, and there is a Peninsula Care Code that has been put into place:

Both Dunedin and the Otago Peninsula have cultural, spiritual and historical significance to the Maori people and many New Zealanders as a whole.

Many visitors to the Otago Peninsula take time to walk along the many tracks in the area. Whilst on these areas, visitors are asked to respect the land and refrain from leaving rubbish or food on the tracks. Also, some of these tracks cross private property, so have respect in all areas. 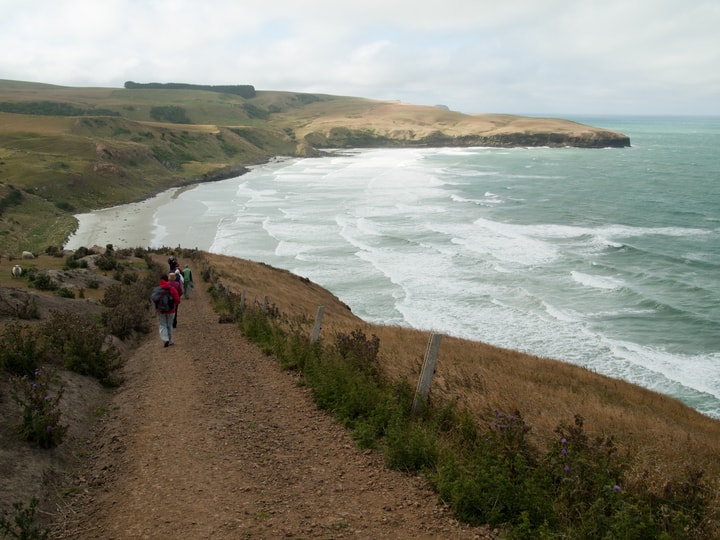 There are many sea lions and seals around the peninsula, and for your own safety, you must stay at least 10 metres away from theme. You should make sure not to block the path to water, too. These animals are large, can move quickly, and they are not afraid of you, so they have no qualms about protecting themselves if they feel threatened.

The Otago Peninsula is well known for being the home of several breeds of penguins, but these animals are skittish and meek. So, it is important to hide from them when viewing, whisper if speaking near them and move very slowly. Do not use flash photography, and do not bring dogs around penguins, as dogs love the smell of these small birds and will attack.

Freedom camping is allowed in certain areas of the Otago Peninsula, and those who use these areas should always use the best hygiene and health practices when on these sites.

The Otago Peninsula is one of the most diverse and densely populated areas for wildlife in the country. From the rare royal albatross and yellow-eyed penguin to the adorable New Zealand fur seal and little blue penguin, you can view all of these animals safely and conveniently just a short drive from Dunedin in your hire car.