A contender for our “Shot in New Zealand” movie location series, except that Kingdom Come, a $180 million epic based on the life of Christ, was never actually filmed due to funding tribulations. And if you struggle to reconcile all that filthy Hollywood cash, tainted by sex, drugs, and Hangover sequels, with the sanctity of the gospel’s Holy fables, fear not! A mysterious Japanese sponsor was tipped to be “investing” in the film.

The project was due to begin filming in February 2009, and although a cast was never announced, the producer was supposedly Paul Broman, one time evangelist behind the Japanese software company Grape City, and the MeySen Academy, a large private Christian school. Wishing to be discreet about their foray into the world of independent Christian film-making, a Wellington based company, South Vineyard Productions Ltd, was set up on Grape City’s behalf to conduct the uncertain and possibly unsanitary business of producing a movie. When a stock market crash allegedly shrunk their global fortunes, the Japanese contingent hurriedly reviewed their priorities and decided that, all things considered, Jesus could wait.

Much more public was the appointment of Dean Wright in his directorial debut. Wright had been the visual effects supervisor on The Chronicles of Narnia: The Lion, the Witch and the Wardrobe and Prince Caspian. He was also visual effects producer on two Lord of the Rings films as well as having worked on Gone in 60 Seconds and Titanic. Appealing to God-fearing, hopefully generous movie lovers on the website gofundme.com, Dean eulogised: “As both a Christian and a Filmmaker [his capitals], I saw this as an incredible opportunity to meld both my worlds and bring the Good News to every corner of the world”. Given his area of expertise, one can assume that there would have been plenty of on-screen digital “miracles”, but several real and quite substantial sets were built in Otago and Wellington before production company South Vineyard found themselves in financial quicksand. 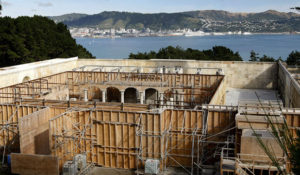 Behind the scenes… the ill-fated Wellington set. 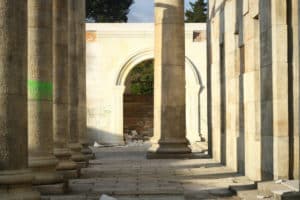 Vandalised and dilapidated before its removal. Photo: ferguscunningham.com

The project’s collapse left South Vineyard Productions facing their own judgement day, owing $5.8 million to 275 creditors, who would eventually accept a settlement of $2 million. It also left the sets, which were (by contract) supposed to be removed at South Vineyard’s expense once filming was complete, but now stood unused, their facades of plywood and polystyrene wilting from exposure. The Wellington sets were an issue – built on NZ Defence Force land at Miramar Peninsula, land which they were planning to sell. Lumbered with these crumbling health & safety liabilities they were forced to clean up the mess themselves in late 2011, to the tune of 70,000 taxpayer dollars. 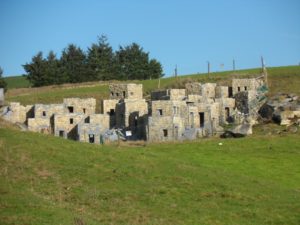 In Otago, two more large-scale sets stood abandoned: one at Elephant Rocks near Duntroon, and an elaborate recreation of the fishing village of Capernaum on the Sea of Galilee (played by Lake Benmore). Built out in the wilderness, it was a different story to the Wellington fracas. As these didn’t seem to be in anyone’s way, no-one stepped up to finance their removal. Incredibly, South Vineyard even claimed to be resurrecting the project as recently as 2013, and had their Waitaki Council consents extended and engineers flown in from LA to assess the structural integrity of the facades.

But the faux biblical village still hasn’t seen service, and it can still be found at Falstone Camp on the western shores of Lake Benmore, near Twizel. Be aware that the property is supposedly monitored by a security firm, but that didn’t deter Urbex Central, who took these rather surreal photos of what appears to be an uninhabited Israeli seaside town, circa 30 AD.  Enjoy! 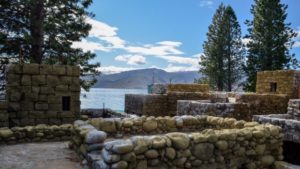 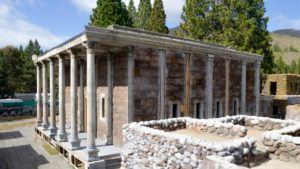