Incorporating three rallies into one; the Otago Rally Fest includes Round One of the New Zealand Rally Championship, the Stadium Cars International Classic Rally of Otago and the Allcomers Rally of Otago, making it the South Island’s largest rally event.

Since its humble beginnings in 1997 the Otago Rally has experienced huge growth both within the rally community and with spectators alike. This year’s event will run a week earlier than in previous years and attracts visitors from all over New Zealand and around the world.

Covering total distances of around 280 kilometres, the 2020 Otago Rally will kick off with a ceremonial start and Rally Show in Dunedin’s Octagon at 5pm on Friday April 3rd with the competitive events taking place over the following two days (Saturday 4th and Sunday 5th April) during daylight hours.

The stages feature a the usual favourites such as the Waipori Gorge, Whare Flat and Kuri Bush plus some new variations on previous years stages, each designed to challenge even the most seasoned drivers. The Otago Rally provides a unique set of gravel driving conditions on both public and forestry roads, along with a short spectator orientated tarmac stage occurring on the Saturday afternoon.

The combined nature of the event ensures a variety of vehicles will be seen in action with everything from the more modern 4WD turbo rally cars and exciting AP4 cars to pre-1982 2WD cars. Spectators can experience the thrill of a true rally car encounter from several prime viewing locations in and around Dunedin during the event; these spectator locations are clearly marked on the Stage Map found on the Otago Rally website.

It is recommended that spectators stick to the recommended viewing areas for the safety of all concerned and are reminded to leave no rubbish and adhere to the no smoking rules. 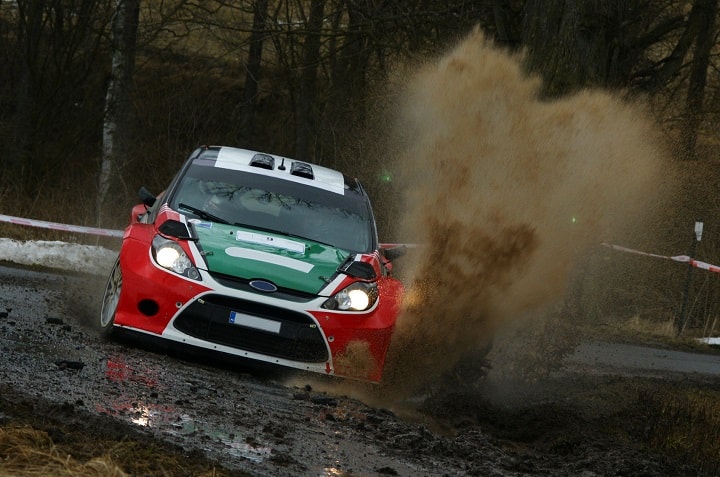 While the 2020 stages are not out yet this is the run down for what has occurred in previous years. Check back for regular updates on what is happening for 2020.

Saturday marks the beginning of the first seven stages with your typical Otago back country as the backdrop, the action usually starts about an hour south west of Dunedin city.

The third Puketi stage is a popular one from 2017 and one of the longer runs at a total of 42.44 km, with Glendhu, Reserve Road and Cockleshell following at 33 km, 16.46 km and 12.89 km respectively. In the past the final 2.15 km stage known as the Dunedin Super Special takes the rally cars to the streets of Dunedin City. Each vehicle does four laps of the loop allowing spectators to get up close to  the rally cars and competitors.

On Sunday the superb rally action continues with the final stages spread across the outskirts of Dunedin city. The line-up usually includes firm favourite Whare Flat which includes 12 km of forestry roads, the Black Rock stage taking place out towards Waipori along with the wild and windy Waipori Gorge stage. The mammoth Shaw’s Hill stage covers an impressive 47 km, making it the longest in the rally.

Akatore relocates competitors across to the opposite side of State Highway 1 and finishes up at Taieri Beach, a favourite with the locals. The world famous Kuri Bush stage is popular among many of the seasoned competitors, taking a scenic route along the coast towards Brighton leading to the final short and sweet McIntosh Road stage which finishes up at the outlying suburb of Allanton near Mosgiel.

When its all over don’t miss the post-event prize giving held at the Dunedin Town Hall on Sunday evening! 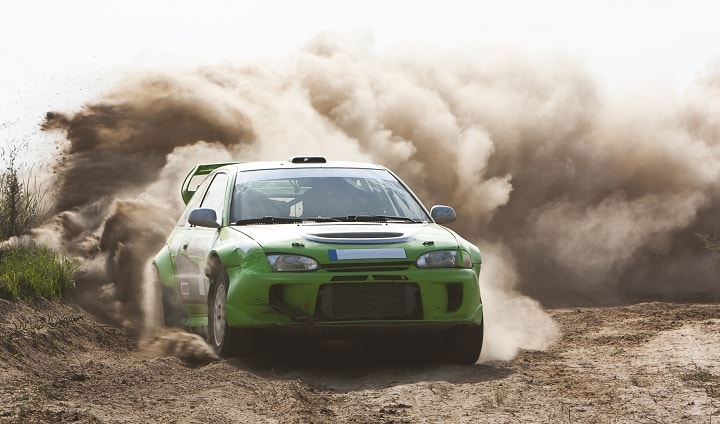 Road closures are to be expected, so plan ahead when making your way out to the spectator points. If heading out with a group of friends consider hiring a minivan for the day – always a good option when travelling in groups and it helps avoid the hassle of finding suitable parking spots and re-grouping delays. Full Otago Rally information along with the event entry list is available from the Otago Rally website.