The East Cape of New Zealand – First To See The Sun

Hawkes Bay is renowned for its lovely warm climate in summer, great fresh produce and wines, fishing, and surfing. I started researching these very things but found so much more to enjoy in the region. So if you are visiting New Zealand hire a car from NZ Rent a Car and take the coastal route round the East Cape, for the truly enriching story of New Zealand and more. 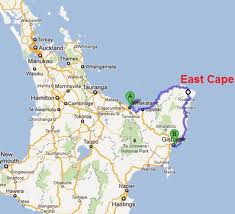 Driving from the north on Highway 35 down the east coast you will travel down some of the most stunning unpopulated coastline in New Zealand. Waihau Tokomaru, and Tolaga Bays are renowned for the fishing. At Waihau Bay you can get onto a fishing boat charter, and go after the big game fish because of the continental shelf, which gives way to deep blue water that these big fish favour. It’s also possible to catch a 20lb snapper from a dingy, believe it or not, maybe because of the isolation, there are a lot less people out there chasing those fish.

Following along the coastal road at Te Araroa take a detour out to the lighthouse at East Cape, the first place the sun rises everyday in the world. You reach the lighthouse by taking the walking track up Otiki Hill which is 700 steps but the view makes up for the effort. At Te Araroa there is also the oldest and largest Pohutukawa tree – Te Waha-o-Rerekohu. These are great climbing trees, and purpose grown for the old tyre swings, nature’s contribution to a kiwi childhood. 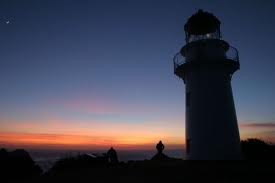 What I found most interesting about the East Cape is that in this small area it encapsulates the whole history of New Zealand. It began with the early Maori settlers in the 1600s, the arrival of Captain Cook and then the British settlers with a few other nationalities thrown in the mix. The East Cape has seen it all from the early settlers, to the development of agriculture, shipping, war, forestry, and now urbanisation and the movement of Kiwis away to the metropolitan areas.

Up until the middle of the last century transport was mainly done by sea. An international wharf, 660 metres long was built in the 1920’s at Tolaga Bay to handle the shipping of produce from the Cape. At the height of dairy production 317,000 kilograms of butter was produced at the dairy factory from 120 suppliers. The dairy factory shut down in 1959 due to centralisation. The wharf was closed to shipping in 1967. In 2000 a group was formed to save and preserve the wharf. At Tolaga Bay you can also take a 5.8km walk to Cooks Cove where Captain Cook landed to replenish his stores of fresh water, timber and sweet potato.

At Tikitiki there is St Mary’s Anglican church which was completed in 1926 under the direction of Āpirana Ngata, a highly revered Maori Politician and lawyer, who worked tirelessly to protect and promote the maori culture. It stands as a memorial to Ngāti Porou soldiers who fought and died in the First World War. The Maori art work is truly amazing and maybe some of the best to be seen in New Zealand. It’s also great to see the merging of cultures in the one building as on the outside it appears to be a traditional European church. 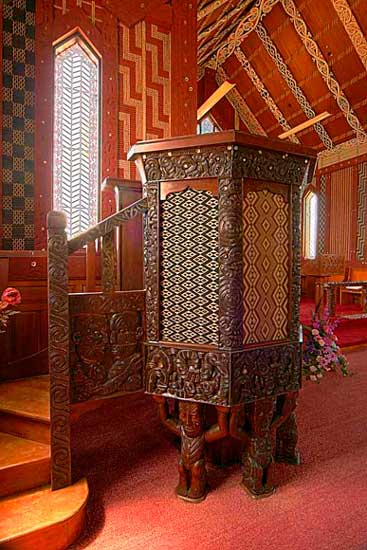 Decorative Maori touches in the Anglican church at Tikitiki

Following along the coast Anauru Bay comes highly recommended as a stopover, a beautiful safe sandy beach with a native bush walkway. Next is Wainui Beach a very popular holiday spot with world renowned surf and then Gisborne. The museum/art gallery is one of the best and most innovative regional museums and galleries in NZ and has some stunning art and historical pieces.

The East Cape of the North Island is steeped in history. It’s amazing that it was so inhabited in the early days of settlement and yet today it only has a small population. It has the climate and scenery that was so attractive to the early settlers but it is isolated from the larger metropolitan centres that people now flock to. However, now that technology makes it easy to stay in touch and work from anywhere, remote places like this may become popular again as residents seek a better quality of life and getting back to rural living is becoming en vogue again.

To see New Zealand’s history in a nutshell this part of our coast must be visited. Getting around the East Cape is easy with a rental car and there are plenty of options for you to choose from.

New Zealand Rent A Car has car rental locations throughout New Zealand, including a Tauranga car rental depot, offering a wide range of rental cars to suit all budgets.