Having had their fair share of natural disasters over the last few years, the residents of the South Island of New Zealand have had to become accustomed to responding to emergency situations under sometimes chaotic circumstances.

After an emergency situation road closures, interruptions to public transport and severe weather can all cause delays when travelling. Taking a few precautions and planning ahead can make all the difference. Read on for information on New Zealand road closures, earthquake updates and transport delays.

A couple of the larger emergency incidences in the Canterbury region include the devastating 2010/2011 Christchurch Earthquakes and the 2016 Kaikoura Earthquakes.

On the 4 September 2010 Christchurch residents were awoken to the most destructive earthquake the country has felt since the Napier Earthquake in 1931. At 7.1 on the Richter scale the Greendale Quake marked the beginning of very uncertain times for Christchurch and Canterbury residents.

Following the September 2010 quake was a series of both disturbing and destructive aftershocks; one of the largest was the 6.3 magnitude 2011 February Quake which resulted in a number of deaths and widespread damage due to its proximity to the central city and its shallow depth.

Christchurch is located on the East Coast of the South Island of New Zealand, near the Banks Peninsula. Home to the largest International Airport, Christchurch is considered the gateway to the South Island. Its population currently sits around 370,000 people, it is popular with migrants from the UK, China, India and Japan.

Known as the ‘Garden City’, Christchurch’s abundance of tree lined streets, famous Botanic Gardens and iconic Hagley Park are just a few examples of the city’s well known green spaces. The Avon River also winds its way through the city creating tranquil river side oasis spaces all along its banks.

On the 14 November 2016 at 12.02 am the South Island town of Kaikoura was struck by a 7.8 magnitude earthquake. The modest seaside hamlet of Kaikoura struggled to cope under the strain of telecommunications, power and water outages.

State Highway 1 into Kaikoura was blocked by landslides and damage was known to have extended as far north as Picton and Wellington, causing temporary cancellation of the inter-island ferries. While parts of State Highway 1 have been closed since the Earthquake due to slips, damages and debris it is likely the entire road will be open again by the end of 2017. 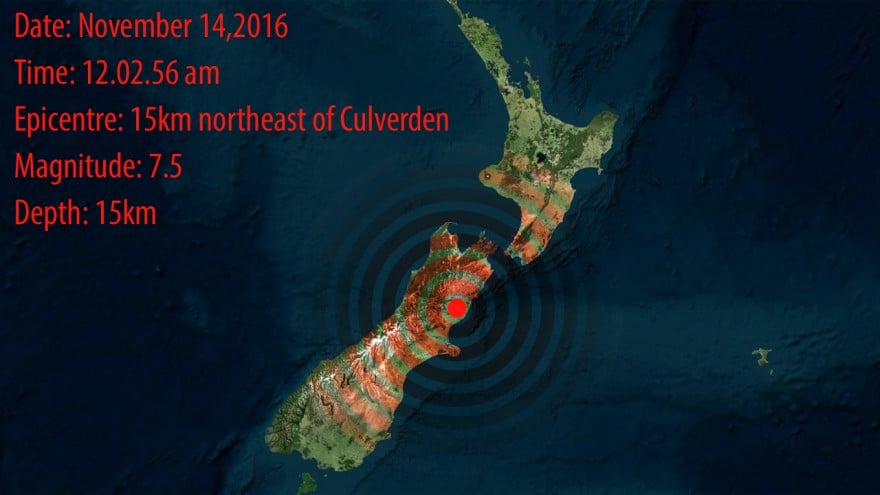 Kaikoura is about halfway between Wellington and Christchurch, in the north Canterbury district. It was not only one of New Zealand’s most popular tourist destinations, it is considered one of the world’s finest locations in the world for whale and dolphin watching, albatross spotting, and a bounty of other marine activities.

It is said a giant undersea canyon lays just offshore which attracts the abundant sea life so close into the shore. In 2004, Kaikoura was the first town in the world to gain accreditation under the Green Globe scheme, in recognition of its “positive contributions to people and planet” through ecotourism.

Road And Transport Contacts In NZ

The NZTA Website has all the updates on road closures, making it very easy to see the trouble spots and plan detours.