The scenic beauty of the 22 km Skippers Canyon gorge is definitely not to be missed when visiting Queenstown area. Whether you see it up close on a speeding jet boat, take a drive along its rather precarious gorge road or decide to check out the 100 metre high Skippers Canyon Bridge the Skippers Canyon will be provide a very memorable South Island experience.

Hundreds of miners made the rugged landscape of Skippers Canyon home back in 1862 when gold was first discovered, and the Shotover River quickly made a name for itself as one of the richest rivers across New Zealand.

While the miners came on the hope they would hit the big one, others followed in supporting roles like teachers, blacksmiths, bankers, postman and general storeman resulting in several thriving pop-up towns.

Two of these little townships that sprung up along the Shotover River were Charleston and Skippers Point. Both towns experienced population explosions of over a thousand people at their peaks, but this quickly dropped away between 1864 and 1870 when the readily available gold diminished. 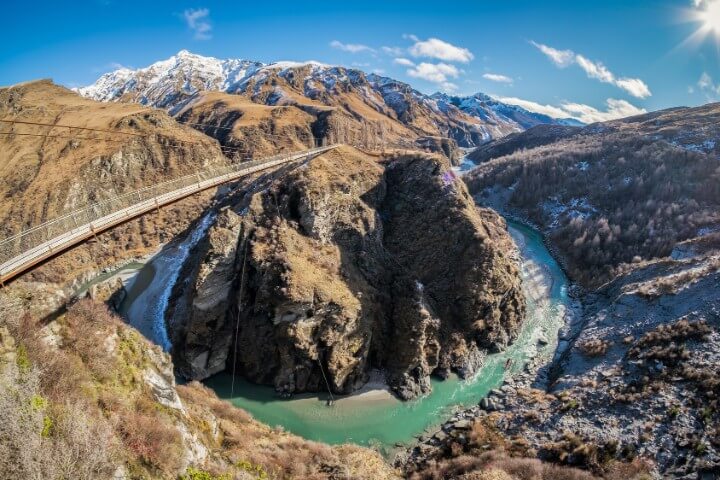 Some remnants of the old gold rush days are still visible today including water races, sluicing scars, the old school house (now a restored DOC building), cemetery, the Mount Aurum Station’s Homestead site (although the homestead itself was destroyed by fire in 2018) and the sluiced basin claimed by the iconic Skippers Sluicing Company.

Formed by early miners and their horses, the path to Skippers Canyon was treacherous. Demands for a road were answered in 1883 when Skippers Road was formed over a period of seven years. Much of the original twists and turns of the road still stand just as they were formed all those years ago.

Today the road is considered one of New Zealand’s most dangerous due to its very narrow and winding nature along with the sharp drops over the side into the Shotover River. 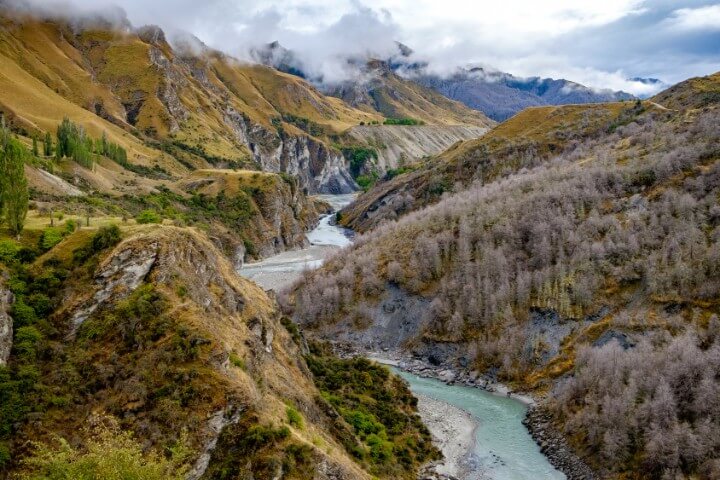 Crossing the Shotover River was also challenging for the miners leading to the development of the original Skippers Bridge back in 1866, just 6 metres above the water.

Flooding led to the bridge needing a replacement after just 5 years, and in 1901 a bigger, much higher bridge (Skippers Bridge as we know it today) was built, however the gold rush was all but over by this time.

A haven for thrill seekers, Skippers Canyon has become known for jet boating, rafting, canyoning and even canyon swinging. Skippers Road is the highlight of many tours throughout the area and is a protected historic site by Heritage New Zealand, while the 100 metre high Skippers Bridge is a popular among sightseers.

Skippers Canyon is just 25 minutes from Queenstown, however access to the canyon is via the very narrow, winding and dangerous Skippers Road, which is one of the few roads in New Zealand that rental car companies do not permit their cars to be driven on.

The best and safest way to explore the area is by guided tour and the good news is there are plenty of options to suit all types of traveller and budgets. Here are just a few of the best tours in Skippers Canyon. 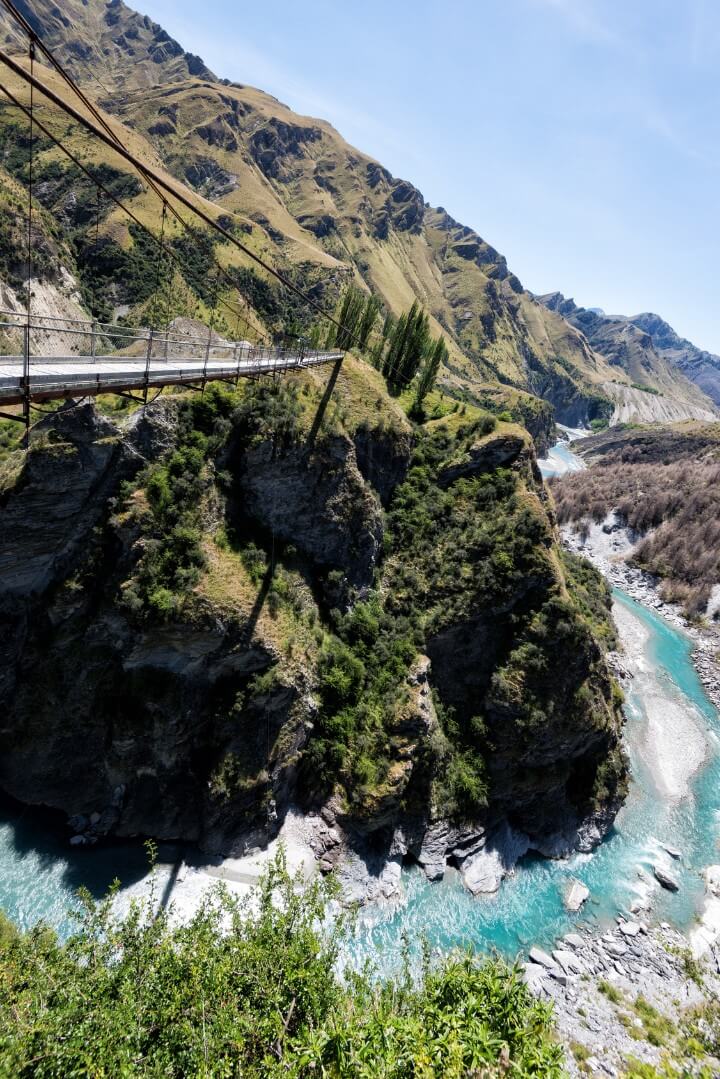