It’s 1.20pm, and a catamaran idles with a baritone murmur at the wharf. On neighbouring jetties water taxis tug nonchalantly at their lines, a giant cruise ship towers over Waitohi wharf, and Picton harbour glitters in the pale afternoon sun. With cartons of groceries and canvas bags of mail safely stowed, a gaggle of eager sightseers are welcomed aboard the catamaran. Right on schedule the mail boat casts off and motors out into Queen Charlotte Sound, just as it has done almost daily for over 150 years.

The Marlborough Sounds (which include Queen Charlotte, Pelorous, and Kenepuru Sounds) are the sheltered waters around the tendrils of the upper South Island. A haven for sailors fleeing the volatile Cook Strait, they are also a haven for marine wildlife: dolphins, seals, penguins, and the only remaining colony of rough-faced shags (also known as New Zealand king cormorants). The Department of Conservation manages over 50 reserves in the area, and the human occupants of the isolated coves and islands are cut off from the world most of us inhabit, and things like internet and mobile phone signals are unavailable, or at least undependable. Which brings us back to mail boats.

Mail boats have long been the life line of the Sounds, often serving the community well beyond their postal roles. They would ferry residents to and from civilisation, deliver groceries and equipment, host fishing charters, picnics, school excursions, and even serve as a sea-going ambulance when the need arose. The Royal Mail Line was originally established in 1865 by one Mr H E Liardet, owner of the Steam Packet Hotel in Picton. Like most new industry in colonial NZ, it closely shadowed the exploitation of natural resources, usually mining or logging. The discovery of gold in the Wakamarina River in April 1864 drew thousands of hopeful prospectors to Marlborough, and businesses quickly sprang up to relieve them of their sporadic incomes. The sudden swarm of activity called for a regular postal service, although ironically by the time it was in place the easy gold was gone, and most of the diggers had moved on to greener – or golder – pastures.

Still, the rudimentary operation prevailed. Twice a month an ex-whaling longboat, the Swiftsure, was rowed down to Anakiwa, in a part of the sounds called the Grove Arm.  At Anakiwa the rowers would disembark, hoist the sacks of mail and other goods over their shoulders to begin a four mile hike overland to the Mahakipawa Arm. There they would be met by a second longboat, this one named Alabama, which would continue on to Havelock. An armed escort would accompany the boats on the occasions they were transporting gold from the Wakamarina. Incredibly, it was 15 years before the Swiftsure and Alabama were replaced by motor launches, when the SS Phoenix, and later the elegant steam yacht SS Torea, were enlisted, allowing more destinations to be added, more goods to be carried, and the frequency of the deliveries to double.

These days the mail boat runs three different routes in its working week to satisfy the demand for deliveries:

The catamaran Magic Mail Boat is the latest in a long line of vessels to service the remote nooks and crannies of the region, and at some point the boat’s owners, Beachcomber Cruises, took stock of their working day. They considered the sheltered seas, idyllic inlets, colourful locals, rich history, and abundance of wildlife. They considered that they might have the best job in the world, and how rewarding it would be to share the experience. This was the beginning of Mail Boat Tours, four-and-a-half hour cruises along their regular delivery routes, proudly showing off the beauty and individuality of Queen Charlotte Sound. 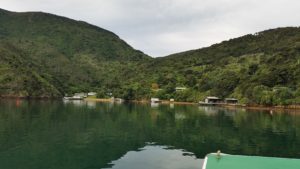 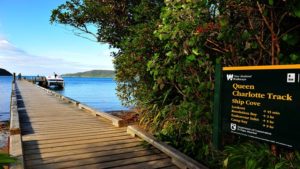 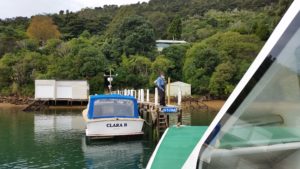 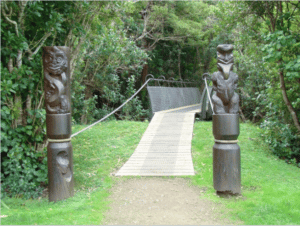 Throughout the cruise, skipper Julian’s commentary gives local insight to the history of the area and its residents. You will encounter many of the inhabitants, as they trade canvas mailbags over the gunwhales of the Magic Mail Boat. You’ll meet their kids, always excited to hear the boat burbling into their bay, and the pets who are often first down to the wharf in anticipation of a treat from Julian! There is a 15 minute pause at the sublime Ship Cove, Captain James Cook’s favourite anchorage during his three visits in New Zealand in the 1770’s. Ship Cove is also the starting point for the Queen Charlotte Track, which you can tackle by bike or by hike. 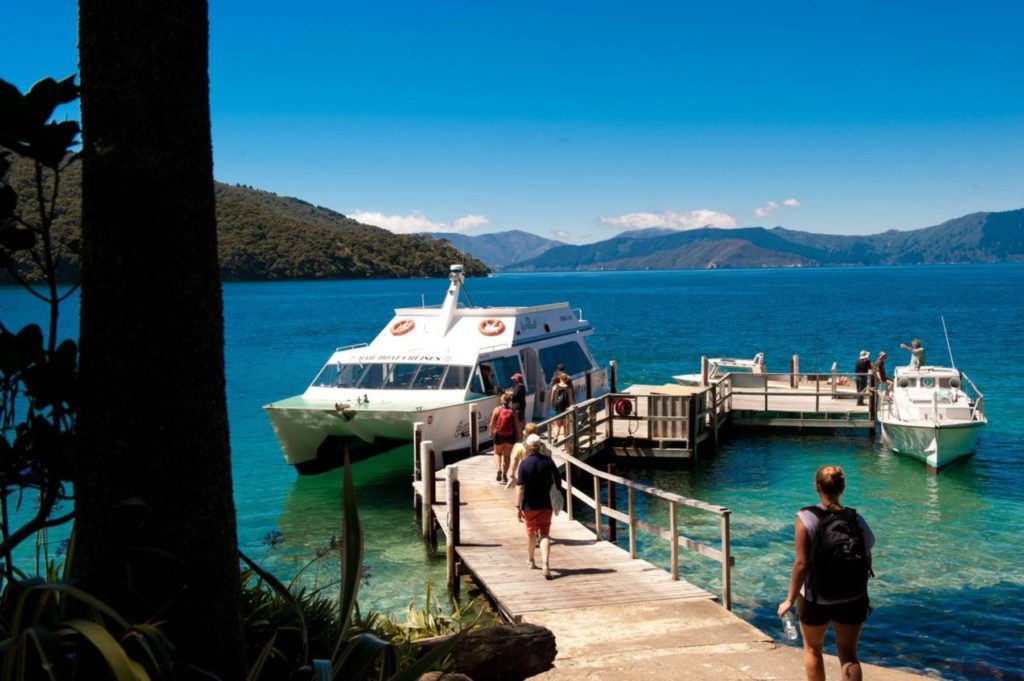 For more info, or to book one of these unique tours, do check out Beachcomber Cruises.